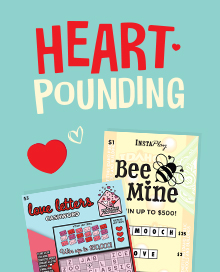 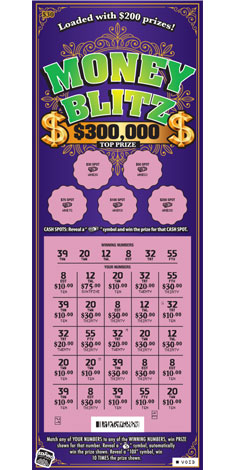 $300,000 is just the top prize in this game. Money Blitz brings the bling and the bucks, is loaded with $200 prizes, and offers thirty different ways to win on every ticket! The Money Blitz ticket has glitz-appeal with five golden instant cash spots of $30, $50, $75, $100, and $200 prizes and twenty-five dazzling dollar signs with prizes just waiting to be won.

It’s the big purple ticket with some serious green, gold and cash winnings. Play Money Blitz for your chance with hundreds, even the top prize of $300,000!