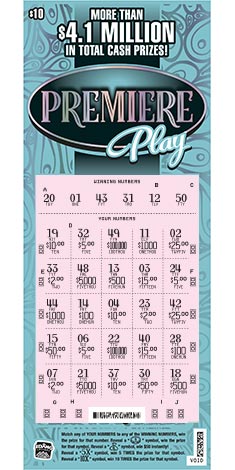 If winter had its own Scratch Game, Premiere Play would be it. The sleek, aquamarine ticket is the color of glacial ice reflecting on water, but make no mistake about it, this game is hot and loaded with over $4.1 million in cash and a top prize of $100,000.