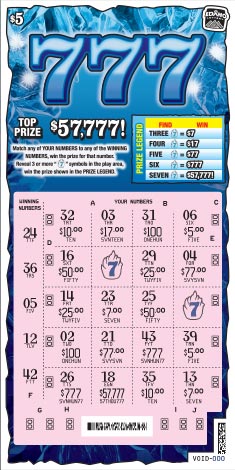 Nothing quite compares to cold hard cash.  In fact, this game is so icy with cash it’s the hottest ticket around! The ice-blue version of 777 is a chilling ticket with big winnings, with top prize of $57,777!