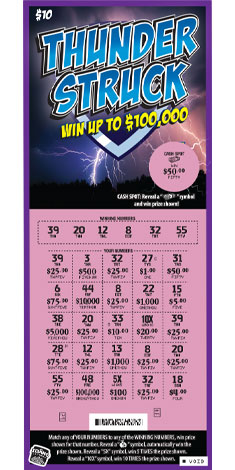 Lightning.  Thunder. Get caught in the money storm for Thunder Struck, the electrifying scratch game with a top prize of $100,000. The flash across the midnight purple sky is supercharged with winning and an electrical storm full of cash!

Winning is like being hit by lightning, and the $100,000 top prize – well, you’ll know you’ve been Thunder Struck.